ALL Call Net Drill on the 14th

All members should try to check-in if possible. This is a test drill during our normal net time of 6:30pm this Thursday. The Net will be closed to our current members for the first part and then will be open to all, and finally open discussion. This can also be called a “Role Call!” Please follow the net controllers instructions carefully because it is a different then other nets and will be used in a major call out event in some form. Another note you must check yourself out on this type off nets if you have to leave.

Quick samples for this type of net responses are….

Simple check in “A0BC”, you have nothing to add to net but checking in “A0BC Clear”, You have something for the net “A0BC Traffic”, when assigned location and ready “A0BC inservice”, You have have to leave “Recheck A0BC” then wait to response “A0BC is going out of service, or A0BC is Checking out” finally wait for confirmation and any instructions, If you need to add new comment to the net “Comment A0BC”, Status of who in the net? “Status check A0BC”.

We want to support our friends at the Richfield Historical Society 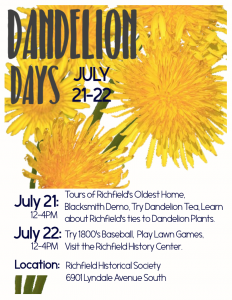 We love to use the back their back shed for our Get-On-Air Events, so lets all support our friends… 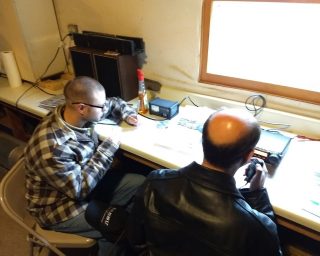 Some Contest fun after FD

I, KCoTJ had fun working many contests that was around the forth and all was easy to do. The one I really liked was 13 Colonies and can’t believe it has been going for 10 Years. I did the contest right after my dad passed away. It was my way to learn how to do HF without my Dad’s help and I was better than I thought back then. I worked every station easily I aimed the antenna and tuned up the stations. I was learning that even with a pile-up I was the strong one. I found my dad had a great tuned antennas and made me a quick study. http://www.13colonies.net   However this year I mixed it up a little. I decided that all my cantacts would be 5watts I was very good at that, but the bonus was Great Britain and he was doing a lot of non-phone or voice calls. So I struggled and tried to hear him there no success. He finally near the end went back on voice and I could hear him. I had a phone app that WEBSDR I scanned one that I could hear him and it work fine, but I was noticing that there was no delays from the stations I could hear on both. So my great idea was to see if I could hear myself nope, but he was able to hear me with a 59 report. I RXed him on my cell 57 to 59 and conform my info. Yep-pi a clean sweep, I no longer was qrp but I made all my Qs. So in my haste I found that he was on D-Star earlier, I sent a DXcluster that I was on D-Star REF063B which he was on 10 mins prior. Next thing there he was. I set my radio to 5watts and QRP status was back. Below is a clip of the next station working him. remember this contest is always during the week of 4th of July for 1 weeks time.

I wanted to give a shout out all that make this a fun contest….

Some of the other things  was…

I also tried a different modes that I haven’t done while trying to get GB13COL to my log.

* Never done it before, but watched my Dad do it.

Responding to a Caller.

IF they have a partial of our call then you say “Negative Negative” and repeat our call once or many times until they have it.

Make sure that we have it correct or ask to “Repeat Repeat!”  or “Again Again!” until you have it right!

IF wrong repeat our Class and/or Section only as needed!

Then move on to the next Caller.

AGAIN… OUR INFORMATION IS… (CALL) WØRRC (CLASS) 3A (SECTION) MN

We Call for others…

Always verify the frequency is clear before calling!

Always let others know when you have cleared the frequency!

Finally always use proper phonetics with our information! 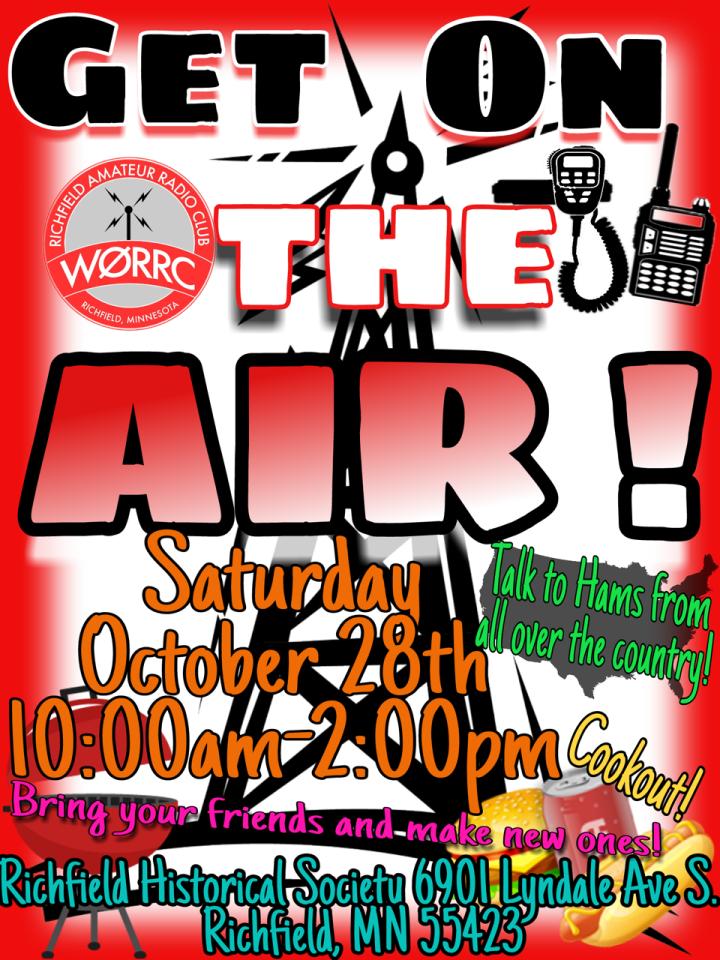 This is to be always a kid friendly net.

Starts at 9am on Saturday for setup & cleanup ends about 2pm on Sunday.

Field Day is the biggest ham radio event of the year. We need more than people talking on the radio. We need people to log contacts and anyone can do that without getting stage fright. We have loads of activities that never requires a microphone. Today we have already 22 people coming.

Sign up here to join us we need RSVP

Please remember no tobacco or alcohol on location.

If you only stop for 5 mins that would appreciated.

I wanted to answer some questions about Field Day.

Can I bring anything to help?

Yes, we will need refreshments and coolers (but no alcoholic drinks allowed at any time.) We prefer bottled drinks with lids, & not cans. Any snacks that you want to share or just for yourself. We don’t have any formal Saturday lunch or Sunday breakfast plans. If you want to bring your personal equipment RARC, BARA, and(OR) the City of Richfield is not responsible at any time. We may elect to use or not use your personal equipment if you plan to share it. Recovery or return of your equipment is not the responsibility of RARC, BARA, and(or) the City of Richfield.

We need someone to take charge on this. Please email me at

What is a Gamer in the FD survey?

We had last year invited a couple (board game meetup groups) that had help us get additional people during the thin hours. This was suggested by a couple of our members. The gamer’s knew that FD was the 1st priority, and they invited anyone to play with them.  We will continue to invite them to run in the background this year. I think we had 6 gamers last year. We will keep it to a small group of players.

How many stations will be there?

We will have 3 HF stations and 1 GOTA station. (See Bill’s presentation for the GOTA station)

What HF bands are we doing?

Station 1 will be doing 75 meters.

What things are we doing besides talking on the radio? (Again I am not guaranteeing everything listed below but we will try!)

Sign up here to join us we need RSVP

We had fun seeing and listening to many old time songs and fancy toys. If you missed it I would encourage to make time to visit the Pavek Museum on your own. I want to go back because there was too many things I still need to see. The Pavek’s staff was very nice and the club had a blast. When you go make sure to have them power up the “Spark Gap Transmitter.” Thanks Chris (KE∅CAL)for setting this up. 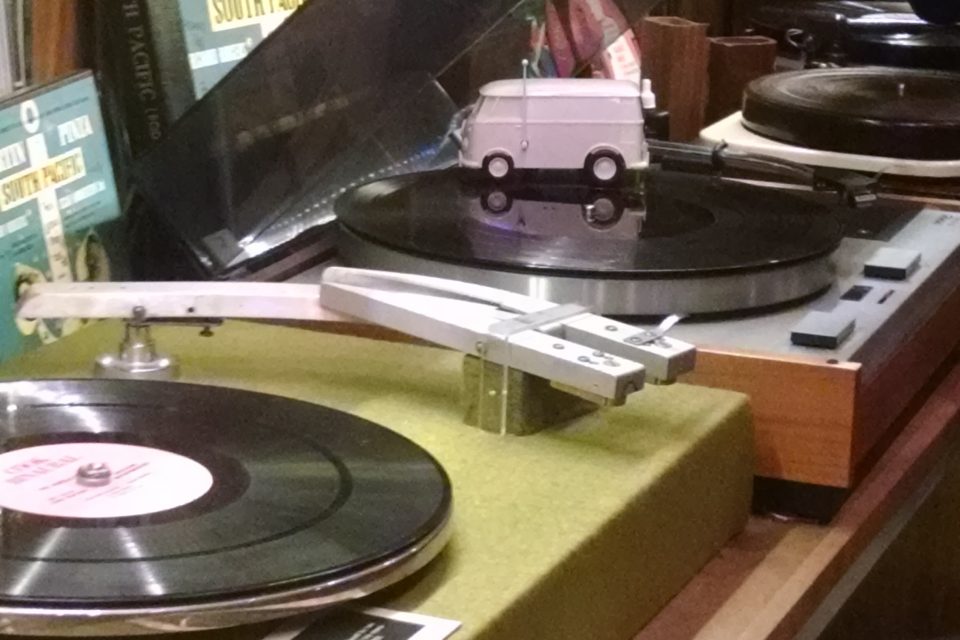 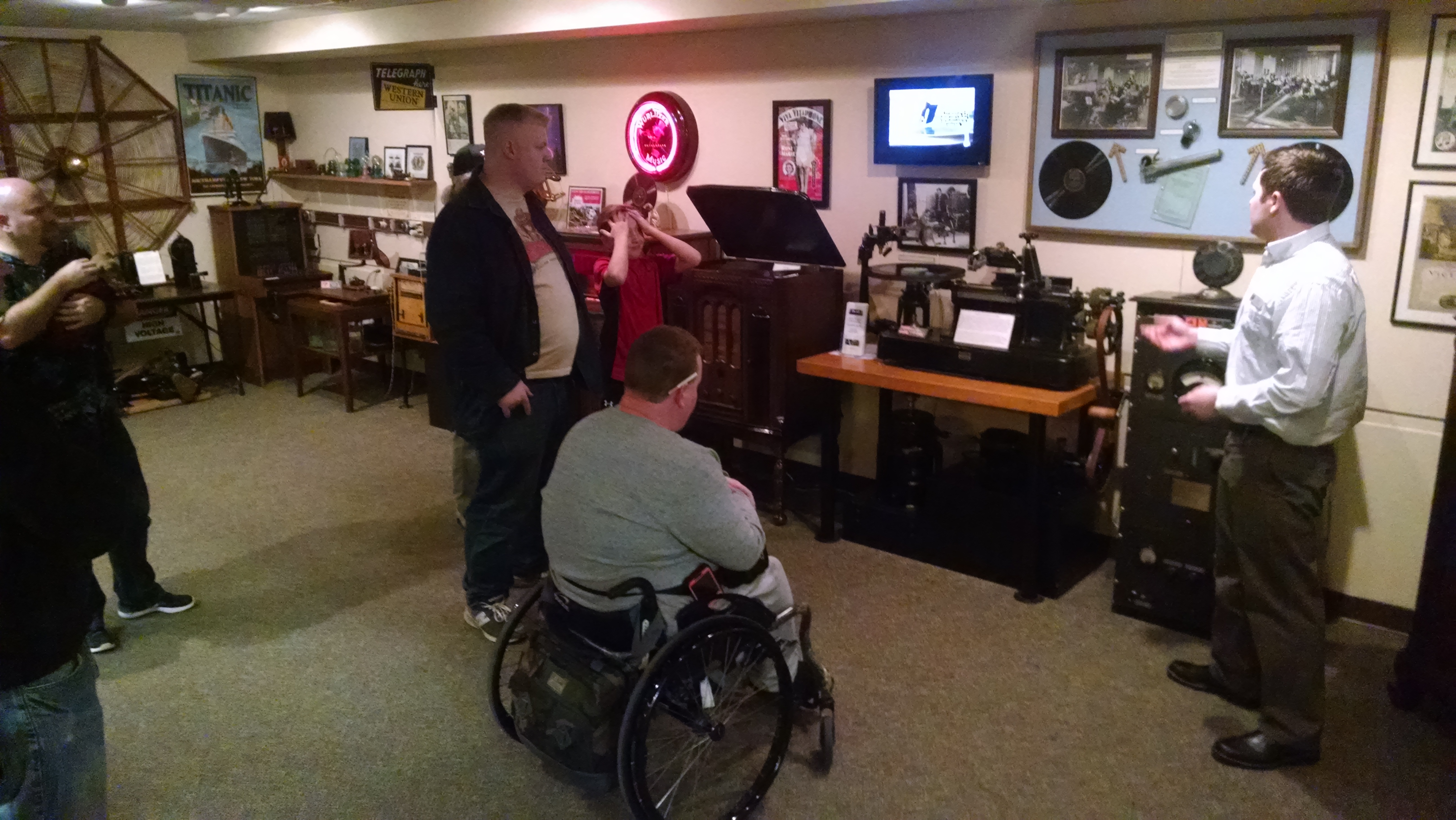 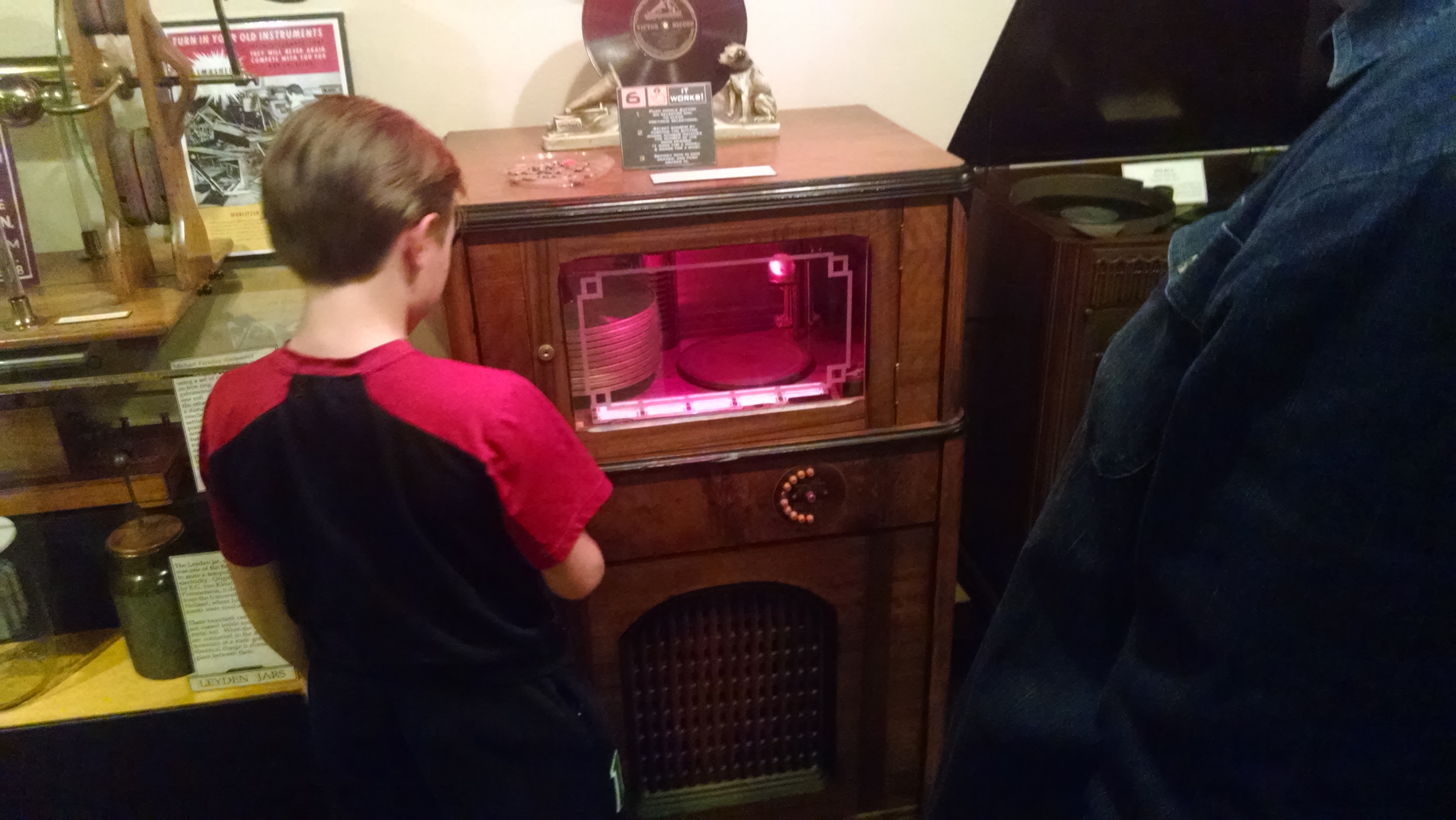